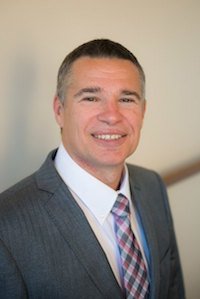 Joe has helped shape Massachusetts law in his work to advance the rights of individuals. Joe helped to create a court defined duty on medical professionals to protect citizens who are injured by a patient who causes an accident contributed to by physician’s failure to warn of adverse effects of prescriptions. In addition to handling his own case, Joe was co-author of an Amicus Curie brief to the Supreme Judicial Court of Massachusetts in the successful attainment of the desired duty in Coombes v. Florio, M.D., No. SJC-09869 (2007)

Joe handled the first reported case in Massachusetts in which a commercial landlord who charged a fee for parking was declared to owe a duty of care to citizens to protect them against injury resulting from under aged drinking and tail gaiting on the property. Davis v. NPS, LLC, et al., Norfolk Superior Court, No. 09-1178

Joe argued before the Supreme Judicial Court of Massachusetts to protect tenant employees and citizens against the negligence of commercial landlords who take action to contract away their responsibilities for property defects they create and know in leases. Humphrey v. Byron, No. SJC-09449 (2004) The case is one of a historic series of cases which seek to create a general duty of care owed by commercial landlords the same as that owed by residential landlords.

Joe has been a lead trial lawyer in the firms in which he has practiced. He has litigated cases, as a plaintiff and defense attorney, involving ordinary damages to millions in damages.

Joe has advocated for the civil rights for all for more than 20 years. He began his work in this field as a volunteer lawyer and then Supervising Attorney for the NAACP Legal Redress in Boston. Joe has served hundreds in cases based upon employment discrimination due to race, age, gender and handicap as well as in cases involving education, police misconduct and hate crimes. Joe earned awards for Outstanding Service To The NAACP Legal Redress and the Crispus Attucks Award on the 100th Anniversary of the Boston Equal Rights League.

Joe has been a panelist and lecturer for Massachusetts Continuing Legal Education as well as an Adjunct Professor for Franklin Pierce School of Law. Joe has also served on the Task Force On Unrepresented Litigants for the Boston Bar Association. During his career, he has held memberships in The American Society of Law and Medicine, Massachusetts Academy of Trial Lawyers, Massachusetts Bar Association, Justinian Law Society, The American Civil Liberties Union, Southern Poverty Law Center and the NAACP. Joe was honored together with General George Shalikashvili as the Most Outstanding Graduates of Bradley University for 1998. Joe was one of the founding members and the first Chair of the Dedham Human Rights Commission.

Joe has devoted himself to community service. He has provided scholarship funds and mentored inner city youth from elementary school to college and graduate school. He has coached boys and girl’s youth sports for more than 10 years. He has lead Boy Scouts in the natural sciences, rock climbing and community service. And he has been a leader in a Christian youth group which included teaching painting.

Past and Present Professional and Bar Association Memberships

The American Society of Law and Medicine

National Association for the Advancement of Colored People